SCOTUS, A Love Supreme, and synchronicity

As usual, I reached for my iPod as soon as I sat down on the bus this morning.

Nothing so effectively shelters you from the unpleasantness of an overcrowded bus or an excruciatingly slow ride as earbuds piping in the music of your choice. I've often thought there was a genius before (earbud insertion) and after (earbud insertion) ad for the iPod in there someplace.

When I first clicked on the iPod menu this morning I was somewhere in the middle of the alphabet and chose "A Love Supreme" in hopes that it could transport me out of my night owl's early morning pre-caffeine-fix blahs.

With John Coltrane's big beautiful tone as my soundtrack, I grabbed a notebook to do a free-write on the theme of "A Love Supreme." The first thing I thought of was last night's yoga class - as close as this agnostic can get to a higher consciousness - and out came

"Inhale, hands comes up from the sides in semi-circles straight above you, clap together, exhale, draw your hands down as one to your heart, rest, drain the toxins, think of the ocean water blue the sky air free-flowing unfiltered open vast, everything coming to a point with your intentions."

Between the magic alchemy of John Coltrane, McCoy Tyner, Elvin Jones, and Jimmy Garrison and my parallel writing exercise, the commute put me in a good place to start the workday. The CD neared its end just as I stashed my notebook away to disembark - as if it were all part of a grand design.

And the best part is that when I hopped off the bus onto asphalt I discovered that five other, much more influential people had channeled their higher consciousness when I checked my phone and saw a two-word text from my brother:  "MANDATE UPHELD."

Posted by Dan Benbow at 2:16 PM No comments: 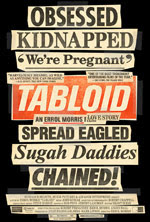 Recently I had the good fortune to be re-acquainted with Errol Morris.

Other than stumbling on this New York Times video short about the man holding an umbrella under blue skies at the epicenter of the JFK assassination, I hadn't caught up with this master filmmaker in some time. I'd bought "The Fog of War," but the moment for two hours of heavy reflection on the Vietnam War disaster hadn't come.

I'd seen a trailer for Morris's most recent film "Tabloid" when it was in the theaters. The movie looked really intriguing, but it soon slipped out of my awareness as I got caught up in daily life.

Fortunately, the new releases at my local video store were really weak the other night. I got all the way up to T without a solid pick, so "Tabloid" (helped along by an enthusiastic blurb from one of the video store employees) was a no-brainer.

Morris's latest eccentric subject is Joyce McKinney, an animated and highly entertaining character who rambles on mellifluously and smiles often at the absurdities and ironies she uncorks as the director sits off-camera asking questions. Joyce, a former Miss Wyoming with a self-proclaimed I.Q. of 168, is a princess who grew up in a small town fixated on meeting her Prince Charming and living a "Leave it to Beaver" existence.

Kirk Anderson was Joyce's unlikely Prince Charming. According to Joyce, they met and instantly fell in love. Anderson said he loved her on the first date, and within a few days they talked about marriage and began discussing names for their children.

But there was the small matter of their religious differences. Joyce wanted to get married in a Christian church, and Kirk was a Mormon priest. Not to mention that--as Joyce tells it--Kirk's mother wasn't too happy that he was in love with a Christian.

Not long after, Anderson disappeared into thin air.

Joyce McKinney moved to L.A., saved a bunch of money (doing work that is bound to raise an eyebrow) and hired a private investigator. She was informed that Kirk Anderson was now living in England, so flew overseas to "liberate him" from the Church of Latter-day Saints, in 1977.

Through a mix of interviews, photos, and archival video, the story takes off from here into stranger-than-fiction directions one could never imagine.

And as a fantastical tale is being spun, the viewer never knows what actually happened because Anderson's statements to British authorities (in 1977) were radically different from McKinney's, and he has stayed quiet ever since.

In essence, Anderson has a story (which McKinney says was driven by his fear of excommunication), McKinney has her story - which London's Daily Express echoed while their competitor the Daily Mirror had a different, much less flattering version of events - and other pieces of the puzzle are filled in by the pilot who took McKinney to England and Troy Williams, a former Mormon missionary who speculates on what Anderson's fears and motivations may have been throughout the whole episode.

The movie is equal parts investigation, media dissection, and he said-she said exercise, and above all, an engrossing meditation on the lengths someone will go to for true love.

I'm sure any of you born before the time when legwarmers, synthesizers, and drum machines were considered cool can remember getting record club offers in the mail. In exchange for buying one unit at the grossly inflated market rate, one would receive several units "free" (except for the cost of postage and handling).


The twenty-something wide-eyed something-for-nothing consumer in me pounced on these deals - as the greasy ad-writers had hoped when they massaged their copy - while the inner skeptic stood off to the side saying, "Now, you have to remember to sign and send that form back every month or they'll bill you for something you don't want."

Other than important bills, my mail - unless it's from a friend or family member - tends to get shunted aside, and the first time I signed up for a record deal I failed to mail my first return slip back and got this.

My initial instinct was some combination of revulsion and amusement, my second instinct was to take the trespassing piece of mail to the post office and send it back with a letter ("How dare you..."), but the much more powerful instinct was to fling the offending object aside and lose it in the morass of books newspapers magazines guitar transcriptions and cassette tapes (this was 1990) that dominated my landscape.

After a few months of getting nastygrams from the record company, I paid up, mailed back whatever other albums of the month they had inflicted on me with a letter tying everything up, and soon thereafter chose all the "free" CDs I was due and called it a day. And after gathering dust in my apartment for many, many months, the Pat Benatar's "Best Shots"was given to a friend of mine who was genuinely glad to have it.

Several years passed before I signed up for another club, a five-for-the-price-of-one book club deal. As ever, I had a rush of excitement when I saw the terms on the outside of the solicitation envelope, but this time I was older and wiser and the inner skeptic stood even taller, arms crossed, eyebrow crooked, stare fixed on me over hornrimmed glasses.

So I did it right. I paid for a book I wanted not many months in, got four "free," and closed the account. Among those five was one of the best book purchases I've ever made.

I can be very finicky about word choice; I don’t feel right using a general word (“walk”) when a precise word (“stroll,” “amble”) is available.

Also – particularly in creative writing – I prefer not to repeat words any more than is necessary, both because readers deserve variety and because I feel frequent repetition is the mark of an inexperienced (or lazy) writer.

For these reasons, I was thrilled when I received Roget’s Super Thesaurus in the mail. Too often, when I had only a standard issue thesaurus, I couldn’t find the word I needed. This still happens sometimes with the Super Thesaurus, but it happens a lot less often because there are more synonyms for each word than are available in a plain old thesaurus. If you don’t find what you’re looking for in the list of synonyms for a word, you can always look up any of those synonyms, to see if that will turn up an answer.

As one example, frequently in fiction one describes a character looking at something or someone. There are 19 different words/phrases in the Super Thesaurus to substitute for “look,” the verb, and if you're not 100% sure about any of those, you can reference any of the 19 that have individual listings ("glimpse," "glance," "behold") and check their synonyms for a better fit. Given time and patience, you can cast a wider net than would be the case with a plain thesaurus.

Also, in addition to a wall of synonyms, the Super Thesaurus includes many antonyms and a reverse dictionary. If you look “doctor” up, there are 15 or so synonyms and a long list of specific types of doctors, in alphabetical order. So “animals” are listed, then “veterinarian,” “heart” is listed, then “cardiologist,” and so on.

In short, Roget’s Super Thesaurus is a gift to every wordsmith, actual and aspiring.
Posted by Dan Benbow at 12:30 PM No comments:

Email ThisBlogThis!Share to TwitterShare to FacebookShare to Pinterest
Labels: Writing 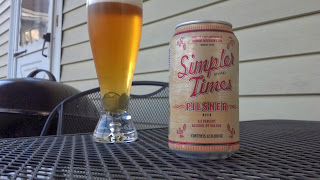 Here are the first songs State Birds have played for a live audience.

"Simpler Times" is an instrumental written by Cory, our former organist, named for his favorite beer at the time. Like Cory (once accurately described as "a force of nature"), the song is uptempo, a straight-ahead rocker that we pretty reliably nail.

When Cory moved to Chicago for grad school, Jay (drums), Taylor (bass) and I felt his absence, but good fortune soon smiled on us in the form of Elliot (guitar, vocals) and Nick (trombone, quips).

As we jammed and slowly pulled a set list together over many months, it occurred to me that "Simpler Times" lay dormant, so I transposed the organ parts to guitar and re-presented it to the new quintet. Fortunately, everyone was on board (two no votes spikes any song suggestion), and the rest is history.

The structure is basically my opening with the main theme, everyone joining in for the verse, then a chorus, then Nick, Elliot, and I taking solos in succession, followed by a verse and chorus to close. In this video, I remain mostly out of the frame until my solo at 2:32, when the cameraman shifts right to take me in.

Next up is "Pants," one of Elliot's songs. Jay and I have played in various formations (with different people) since 2003, and 95% or more of that time, we did instrumental jams. This was loose, and fun - and on those occasions when we really jelled, transcendent - but not a 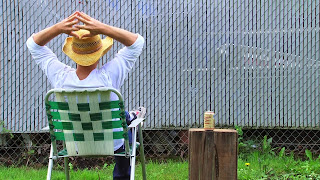 format that we could necessarily gig with.

So we were lucky to inherit Elliot and his catalog of sing-songs, of which "Pants" is one of the strongest. I like the loud-quiet-loud vibe (shades of Nirvana and the Pixies) and the contrast to the other songs in our setlist. If we ever released a single, this might be it.