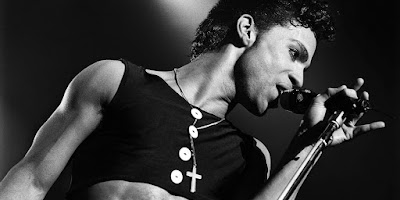 Overlooked amid the sound and fury was the potency of the song, including Prince’s vocal.
“Nikki” begins with a mischievous keyboard-and-guitar harmony that saunters along with the drumbeat, happy to take its time. The first verse’s spare instrumentation—a lone percussion line—gives Prince’s voice space to breathe and puts the story front and center. Once the lyrics trail off, a balls-out funk riff and crashing drums come in, as if foreshadowing, before quieting back down for the next verse.

The song upshifts at the conclusion of the fourth verse as Prince lifts his voice into the upper registers, culminating at 2:38 in one of the most spectacular shrieks of ecstasy ever recorded.

Most songwriters would have finished with the hyped up drum-keys-guitar jam outro that follows, but Prince had the compositional chutzpah to go further. Rather than simply fade out, Prince closed the song with a counterintuitive segue into a gospel chorus singing backward over rain and a howling wind, making “Nikki” a symbolic nod to his two favorite subjects, sin and salvation.

Other "Truth and Beauty" vocalist profiles:

There must be something in the water:  the magic of "Muscle Shoals"

here for "The underappreciated ingenuity of Robbie Krieger"